The salon schedule is updated daily for the upcoming 4 days. Please “book an appointment” to view the weekly schedule. 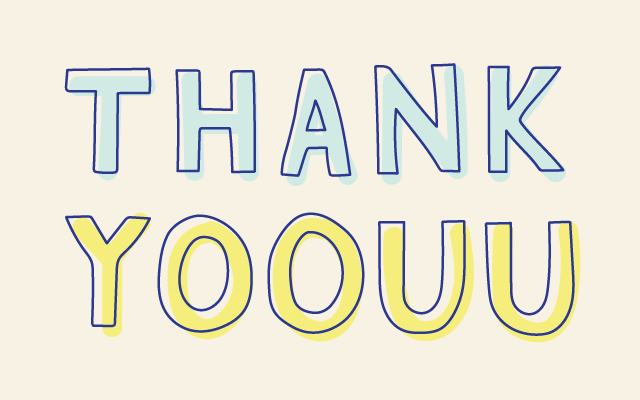 Our Signature whole body treatment combo. Begins with Abhyanga and continues with the Marma Face Massage. Marmas are vital energy points used in Ayurveda for healing the body. They can be compared to acupuncture points in Chinese Medicine. Our Marma Face Massage helps to increase the glow and circulation and improves the flow of energy and blood and rejuvenates the skin.. This detoxifying facial treatment includes gentle cleansing, exfoliation scrub, mineral-rich mask, face, neck, shoulder and head massage while activating Marma points on the focused areas. *10% off - first visit

A wonderful package deal that allows you to experience Abhyanga (Ayurvedic full body massage), Marma face massage and Shirodhara(Ayurvedic Third-Eye Healing) all at once!! *10% off - first visit

Shirodhara is an ancient Ayurvedic therapy and it means *flowing stream* in Sanskrit. This therapy begins with Abhyanga… This will lull you into a gentle relaxed state. Then Shirodhara begins - a steady flow of warm oil is gently poured over the forehead in the area of the third eye chakra and scalp from a special vessel for about 30 minutes. This Ayurvedic deeply relaxing treatment is often used to soothe and calm one’s body, mind, and nervous system to experience a deep state of rest, similar to meditation. *Session includes Abhyanga (Ayurvedic body massage) Please be advised your hair will be covered in oil by the end of the session. Recommended for anxiety, insomnia, mental stress, depression, headache and lack of memory. *10% off - first visit

* Current length to the Chin * Include Relax Shampoo and Blow dry

*Current length (Below the Chest )

Highlight Color Roots Touch Up ( Half )

Indulge in ultimate smoothing care by Milbon. This professional 3-step deep conditioning treatment immediately improves hair’s texture, leaving it silky-smooth and soft. Formulated for fine, normal, and coarse hair, this service is perfect for all hair types. Results last up to 5 weeks. To enjoy beautiful results for 5 weeks, the treatment includes 4 vials of at-home weekly booster. Apply 1 vial per week for four weeks in place of regular conditioner. After shampooing, massage into wet hair from mid-length to ends and leave for 5 minutes, then rinse thoroughly. ***Set price with Hair cut/color will be $10 off*** Include Shampoo and natural dry

Hair gloss treatment refreshes and shines your hair giving it richness, depth, and dimension using a mixture of direct and oxidative dyes. It helps to improve the look of your hair without over processing or drying out your strands. ***Set price with Hair cut/color will be $10 off*** Including shampoo / natural dry

* 5 minute shampoo * 30 minute scalp massage * 10 minute quick dry (no blowout included) The 45 minute head spa service includes a deep scalp massage treatment. Our professional massage gel deeply exfoliates residual fatty acids clogging the follicles, offering an instant relief. Infused with a pleasant aromatherapy scent. *If you would like to include a haircut please book a dry cut with your service * If you would like to add color or perm the head spa service will be $15 off

* Current length to the Chin * Include Relax Shampoo and Blow dry

* Current length (Below Chest ) * Include Relax Shampoo and Blow dry

<Owner>Highlight Color Roots Touch up ( Half )

Beginning her hairstyling career in Tokyo, Akiko moved to New York City in 2003 and soon began working on fashion, editorial and runway projects as full time assistant for one of the top hairstylists, Luigi Murenu. Working in Paris, Milan and New York shows with notable names such as Givenchy, Gucci, Versace, Celine, Chloe, Ferragamo, Oscar de la Renta and more. After an extensive career as a hairstylist she decided to slow her career down and work at hair salons. She is now back working in the hair industry and is bringing her skills into action. Her passion is to use her skills to bring big smiles on people’s faces.

With 1５ years of experience hairstyling, Chika Nishiyama has numerous awards and experience under her belt. Working with reputable names such as Vogue, DKNY, Vmagazine, Coveteur, Numero, Vanity, The Standard, AURATE, Lauren Manoogian, CFGNY, Metal Magazine converse and more. With her unique style and creativity she has stood out and received many awards. To name a few, placing 1st in the 2010 Shiseido Beauty Salon Technical Contest (haircut category). In 2012 placing 1st again at the Japan Hair Design Association Contest. Chika is currently expanding her imaginative style as a hairstylist in the fashion industry in New York.

Visionary hair stylist Hiro Watase started his career 23 years ago in his birthplace Hokkaido, Japan. Later bringing his style and technique to New York City assisting under Eugen Souleiman. He joined forces with his wife Mari and began their hair duo career as Hiro+Mari and opened Salon 87 Brooklyn. Hiro+Mari have become one of the leading hair duos in the industry. With Hiro’s precision and edgy style he has made his way to the top working with many influential names such as Naomi Campbell, Yoko Ono, Hailey Beiber and Kaia Gerber. Some of his editorial covers include Vogue Thailand, Vogue Mexico, Vogue Portugal, Vogue Australia and more. In addition to working with leading names in the fashion industry such as Gucci, Alexander Wang, YSL, Ferragamo and Off White.

Holding 19 years of experience as a professional hairstylist Izumi Sato has worked with the top names in the industry such as Vogue magazine , Burberry, helmut lang ,DKNY, North Face and more. In 2008 she moved to Tokyo to expand her career as a hair stylist in Tokyo’s fashion industry and is currently based in New York where she works internationally for some of the greatest names in the industry. Some of here shows include Hugo Boss, Jeremy Scott, Kenzo, Yohji Yamamoto, Balman,Maison marginal and more.

Jeen (they/them) queer non binary hairstylist with 15 years of hair styling experience in Tokyo, Japan. Living in New York for 3 years working as a hairstylist, Jeen is looking to expand to their experience with freelance work in the fashion industry.

Hi, I am MEG. I am from Japan. Worked in Japan for eight years until I came to New York in June 2013. I’ve been working in Manhattan downtown since then. Expertise in natural highlights and haircuts, multiple skilled colorings, and relaxation head spa. l am a winner of Japan's National Highlight Competition and received numerous other awards. I worked as an instructor for highlights for three years as well. At the same time, I had experience taking special cutting Lesson in London, also after I won the competition, the company take me in Paris training and photo shooting experience. I know various types of hair. Let me do your hair and find out what l can do for you.

Kyoto raised hairstylist Miwako Urasugi first began her career in Kyoto and later moved to Tokyo, Japan to expand her hairstyling career. She began working at the notable hair salon PEEK-A-BOO located in Shibuya, Tokyo. Working under Fumio Kawashima. With her soft and skilled techniques she began teaching beauty college students in Osaka. She has attended several international shows in cities such as Amsterdam and Shanghai. She later moved to New York in 2019 to continue her styling career. Miwako is currently expanding her imaginative style as a hairstylist in the fashion industry in New York. She has worked with clients such as i-D, ELLE, Thinx-Inc, Nike, Youtube, NHK and TBS tv. She also has worked in Paris and New York Fashion Week. Miwako has over 16 years experience as a hairstylist.

Nami was born and raised in Osaka, Japan where she acquired knowledge of skin structure, musculature, and the lymphatic system. She moved to New York in 2006 and interned as a medical esthetician at a dermatologist's office while attending esthetic school. She worked at several spas in the City, including her own studio in Bushwick, until she decided to join Salon 87.

Beginning his hair styling career in 2003 and attending Shiseido Academy Beauty & Fashion in 2009. Tsuyoshi Harada moved to New York in 2010 to work and expand his career in the fashion industry as a hairstylist. While working as a manager and hairstylist at Salon87, Tsuyoshi continues to freelance working with the biggest names in the industry. Such as Givenchy, Gucci, Tory Burch, Vogue, WWD, W Magazine and Interview Magazine to name a few. He also has worked in Milan, Paris and New York Fashion Week.

Yohey Nakatsuka began his freelance career as a hairstylist in New York City in 2004. During his 17 years as a freelance hairstylist he has worked on editorials with renowned names such as Vogue, Harper’s Bazaar, V magazine, V Man, W, ELLE, Marie Claire, Schon Magazine, Dazed&Confused, Flair Magazine and New York Magazine. Yohey has also worked and attended fashion week with Eugene Souleiman and Kamo for the past 13 years in New York, London, Milan and Paris.

Beginning her career 21 years ago in Hokkaido, Japan. In 2008, Yu Nakata began freelancing and expanding her hairstyling techniques for fashion photography. Later moving to Paris to work as a freelance hairstylist Yu began working for Paris Fashion Week in 2010. In 2011, she returned to Japan to continue building her styling technique while expanding her freelance work as a hairstylist around the world. Currently based in New York, Yu continues to freelance working for top designers and travelling around the world working for Paris, Tokyo and New York Fashion Week. Yu has won numerous awards including, Rising Star of The Year 2010, Japan Hairdressing Award as an Area Stylist of the Year 2009. Working with the top individuals in the fashion industry with designers such as Jeremy Scott, Dion Lee, The Row, Rick Owens and Givenchy. As well as editorials for i-D Italy, i-D, Nylon Magazine, Elle Magazine (China Edition), Elle Girl Japan, Flaunt Magazine and more.